Create & Play is a study work, which was created in the sixth semester. It's an interactive exhibit that lets visitors built their own controllers and learn about the profession of an Interaction Designer. 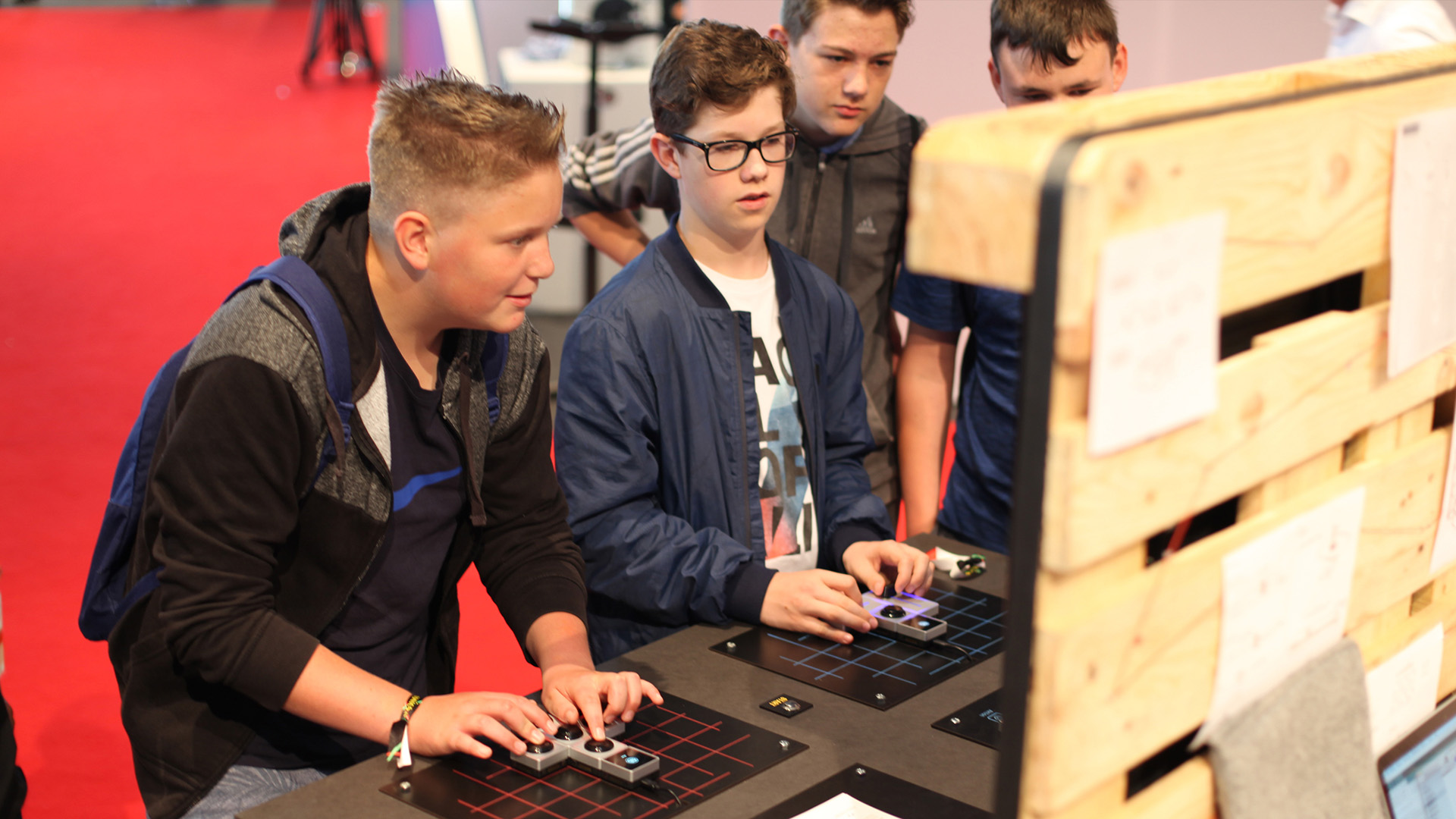 What is Interaction Design? We dealt with this question in the sixth semester and the task was to design an interactive exhibit which represents the bachelor degree Media & Interaction Design at the Hochschule Osnabrück. The outcome was exhibited at IdeenExpo 2017.

Create & Play teaches its users in a playful way what makes a good user interface and how disadvantageous a bad user interface can be. Through the selection and testing of control elements, the participants are to be sensitized to the design of interactions. The playful space context should attract attention and reach the mostly very young audience. 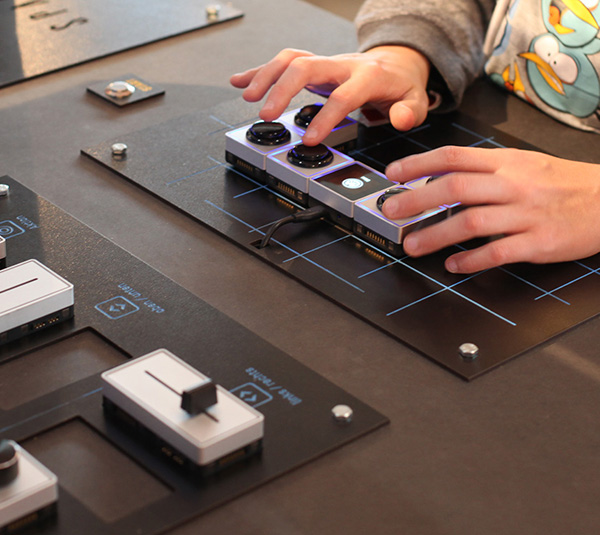 The construction is made of euro pallets and MDF boards. Between these are a TV screen and a computer. The aim was to develop a construction that was as inexpensive as possible, allows easy assembly and safe transport.

For the controllers, a modular system was needed, which allows different types of input and can be combined individually. We decided to use the Palette Gear system, which consists of square input modules that can be connected by magnets.

The game should be playable with two players, including several control paradigms and shouldn't be too difficult for the young audience. We have developed a game in which two players fall into an infinite depth and have to steer as precisely as possible through rings. It is also possible to push the opponent and make it more difficult for him to score. To make the atmosphere more exciting, we have placed the game thematically in a space world. Space traveling enjoys great fascination and embodies the future like hardly any other topic. 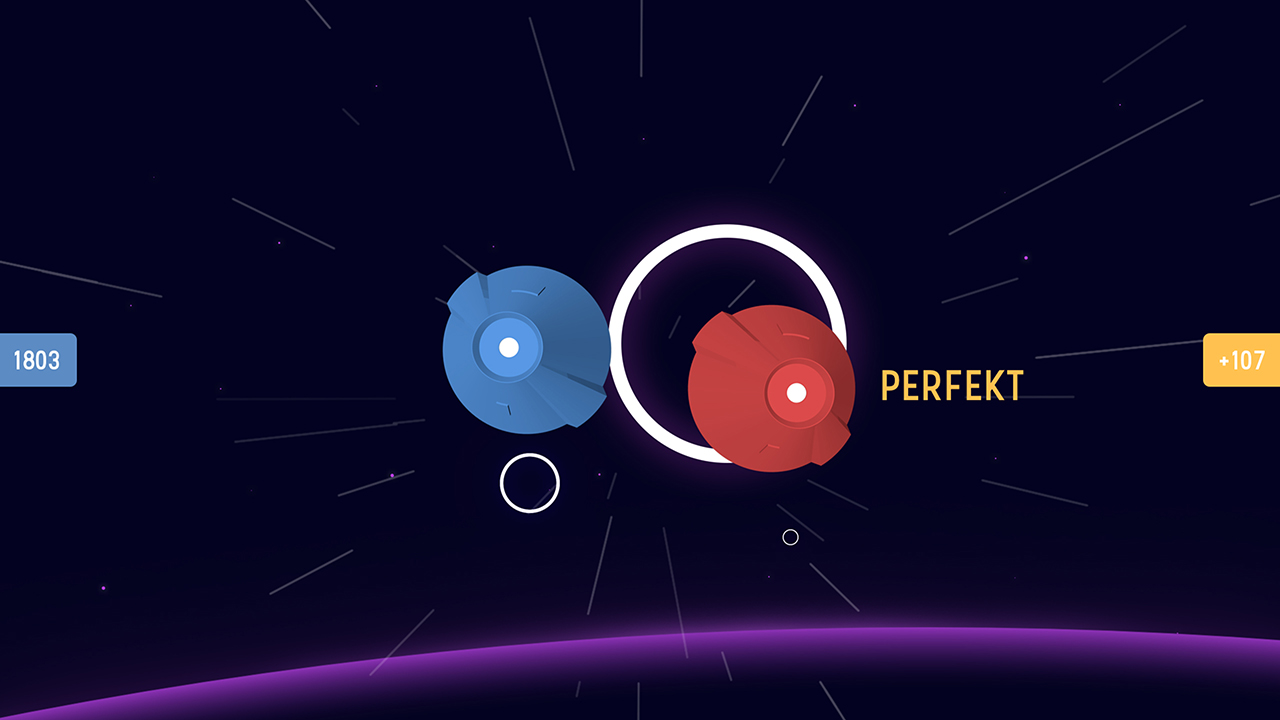 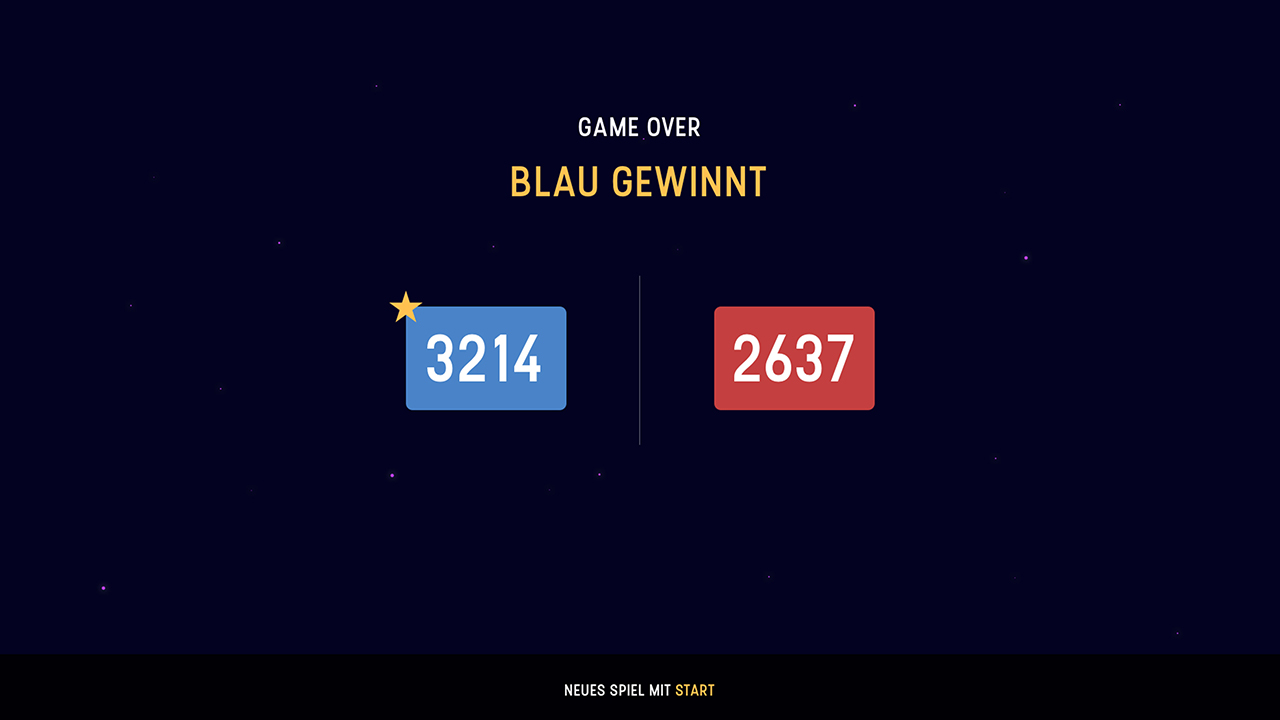